Striving For Balance in the New Year

Plan accordingly and watch where the puck is going. As many of my readers know I am always making myself aware of new developments.
The article below reminds us to read, get involved and have an impact.

2019 opened with concerns and fear. Interest rates have not been this low in quite a while and by keeping abreast of these issues, my investments in the city have had a positive impact.

Saying yes in my back yard helps keep our neighborhoods thriving (YIMBY).

Chicago has tremendous opportunity! Read more and learn… maybe you too can invest wisely to take advantages of more new developments coming to your neighborhood!

Please see the full article below:

The stupendous growth of Chicago’s office market, especially among high-tech providers such as Google and Facebook, has helped fuel a geographic expansion of the central business district, once confined to the Central Loop.

But those areas are beginning to overlap with many of Chicago’s remaining manufacturing districts, and in the next few years, city officials will have to decide whether zoning restrictions that protect these traditional industries, and the manufacturing jobs they provide, are relics of the past that need to give way to office communities filled with computer programmers and service workers that staff glittering new restaurants and stores.  Courtesy of NelsonHill The Kinzie Industrial Corridor.

Planning officials unveiled a proposal late last year to ease land-use restrictions in a small portion of the Kinzie Planned Manufacturing District, a slice of the city with strict limits on new office and retail development. They will soon announce a final plan that will go to the City Council for approval.

Under the proposal, the few blocks between the Kinzie PMD’s eastern boundary at Ogden Avenue and Ashland Avenue would essentially get lopped off, but restrictions would stay in place for the rest of the corridor, which stretches far into the West Side along a narrow band between Grand Avenue and Lake Street. 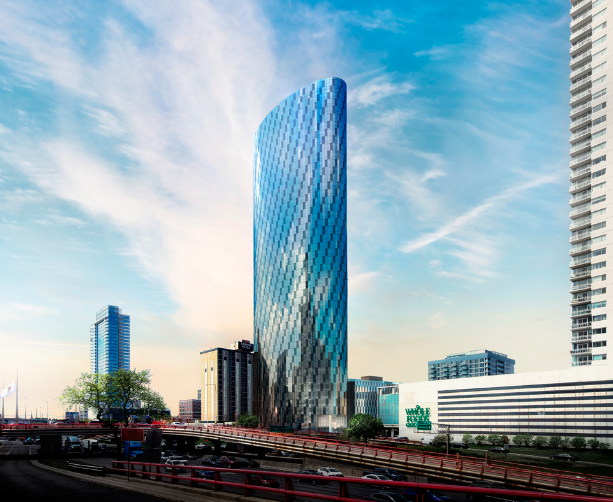 The outgoing Rahm Emanuel administration hopes to repeat the success of the Fulton Market neighborhood, which sits just to the east between Ogden Avenue and downtown. Zoning changes there a few years ago helped transform it from a meatpacking and distribution district, filled each morning with roaring delivery trucks, into the home of McDonald’s, Google and many other high-tech firms. Eventually, city planners want to modernize all of Chicago’s 26 industrial areas, put in place in the 1980s and 1990s to prop up an already eroding blue-collar economy. Many cover districts just outside the Loop, and their old industrial buildings and warehouses are now coveted by developers looking to satisfy the demand from office users for space in new cool neighborhoods like Goose Island or Pilsen.

The City Council eased restrictions in the North Branch Industrial Corridor in the summer of 2017, sparking new development in that 760-acre district, which runs north along the Chicago River from Kinzie Street to Fullerton Avenue. Sterling Bay’s Lincoln Yards complex will soon rise on the former site of Finkl Steel, and other developers have recently finished new office buildings or rehabs in the area. 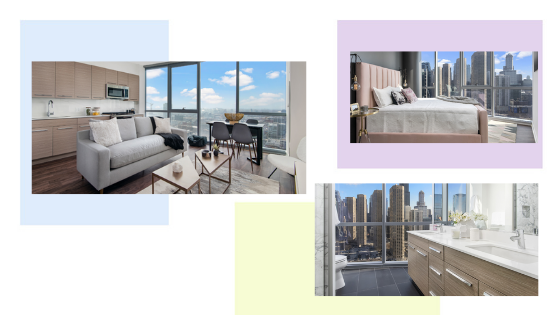 “Making changes to the industrial corridor was long overdue,” Structured Development founder Michael Drew said. His firm has been a pioneer in the surrounding neighborhoods. It began developing retail along Clybourn Avenue, which skirts the eastern edge of the North Branch industrial district, in the 1980s. In the past decade the firm built NEWCITY, a mixed-use retail center completed in 2015, and has started work on The Shops at Big Deahl, a 200K SF mixed-use project at Blackhawk and Kingsbury streets.

Drew calls this retail-heavy area a buffer zone between the industrial activity along the river and the quiet residential neighborhood of Lincoln Park. But simply continuing to develop more retail wasn’t the best way to create a truly healthy community, and he said an industrial zone continuing to sit nearby would hinder other kinds of needed development, especially residential, as few people want to live next door to factories. New residences would mean even more shoppers for the retail outlets, and further attract office users who want employees who can walk to work. Ditching many of the industrial corridors’ restrictions has already had an impact, Drew said. In fact, interest among developers perked up once city officials began circulating proposed changes. Structured Development recently got the OK from the city to build a 197-unit mid-rise luxury apartment building as part of The Shops at Big Deahl, and Drew expects more residential development from other builders is on the way. “Without the modernization of the industrial zone, these residences would not have happened.”

That successful history leads some developers to advocate that the city open up the Kinzie PMD all the way to its western boundary. Others, including 27th Ward Alderman Walter Burnett, who represents the area, prefer limited changes that would preserve industrial uses west of Ashland Avenue.

The city’s plan would remove restrictions that limit offices to 9K SF, although density limits that forbid tall office buildings would stay in place. More retail and restaurants would also be allowed to flourish, bringing additional life and activity to the neighborhood, a necessary component to any office submarket. 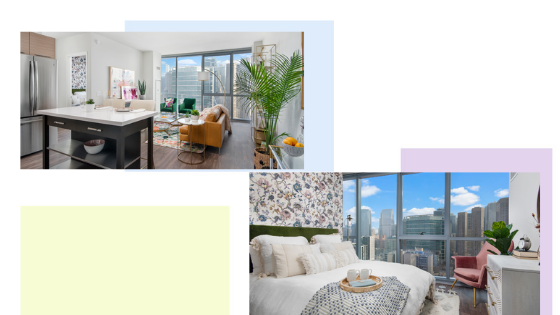 Courtesy of Eric Allix Rogers The Industrial Council of Nearwest Chicago’s Make City business incubator Law firm Ginsberg Jacobs co-founder Sonny Ginsberg, who represents some developers in the neighborhood, said city officials seem inclined to open up the districts piece by piece, rather than all at once. He prefers a more sweeping approach, and believes the desire to protect certain kinds of jobs is misguided. “Our planning needs to be more flexible, and if we are bringing in Google, McDonald’s and light industrial users, we are not going to lose jobs,” he said. Ginsberg pointed out that Finkl Steel did not leave the city, but instead merely relocated to the Far South Side, preserving those jobs and allowing a different job-creating engine to take its place. Fifield Cos. founder and CEO Steve Fifield said fully opening up the Kinzie PMD will broaden the city’s tax base, a necessity considering its persistent difficulty with pension costs and other financial burdens. “This will help earn our way out of the problem,” he said. Fifield developed several massive apartment towers around Fulton Market and the West Loop, including the 45-story 727 West Madison, which just welcomed its first residents. He believes the city helped kick-start development in these areas by opening a new Green Line train stop at Morgan Street in 2012, making it accessible to office users and new residents. And with the city planning to open another new Green Line stop in 2020, this time at Damen Avenue a half-mile west of Ashland, the same dynamic could transform the Kinzie section. “There is a tidal wave of change hitting the city, and the Fulton Market district has surprised a lot of people in how quickly it developed, so why shouldn’t we take advantage of the fact that tech-oriented firms want to get into these cool and funky neighborhoods?” he asked. Courtesy of the Chicago Transit Authority The CTA’s new Green Line stop at Damen Avenue, which will open in 2020 The Case For PMDs Burnett told attendees at a city-sponsored community meeting in October that he favors a more modest approach that would preserve ventures such as Make City, the Industrial Council of Nearwest Chicago’s business incubator located just west of Damen on Fulton. The four buildings, which total 416K SF, are almost fully leased to a diverse collection of food/beverage, manufacturing, professional services and apparel companies.

Such firms promote economic diversity and equity in ways restaurant, retail and high-end office jobs simply can’t, according to Hannah Jones, the council’s director of economic development. People without college degrees, largely shut out of high-tech opportunities, get hired by the council’s many manufacturers and earn living wages comparable to office work, but with more stability than restaurants or retail. “And losing our zoning restrictions could fuel speculation that causes the loss of industrial inventory,” she said. Sending these jobs to the Far South Side, as happened with Finkl, or to some other neighborhood out west, is not a great option, Jones said. The Kinzie Corridor’s central location, easily reached by job seekers from low-income areas on both the South and West Sides, is one of the reasons the business incubator succeeds. “We are 93% occupied; that’s higher than offices in the Loop,” Jones pointed out. 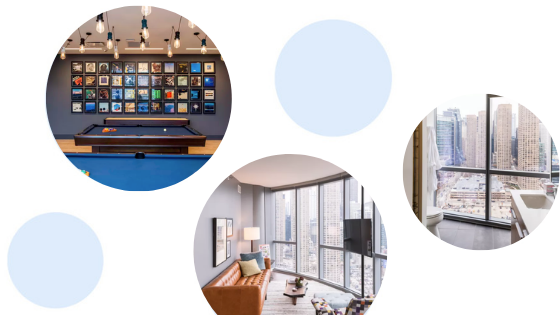 The promise of more retail and restaurant outlets that would serve the existing workforce also has little appeal. Retailers can already operate in the district if their products are made on-site, and that led to a proliferation of breweries, along with coffee roasters and caterers that run their own cafés, giving workers many dining and after-work options.

“The retail we have in the corridor is already thriving, so why do we need more in this skinny strip?” Jones asked. She supports the proposal by city planners and Burnett to allow new office and retail in the corridor’s eastern portion near Fulton Market, but preserve the rest of the manufacturing district, and is optimistic it will soon win approval from the full City Council. Burnett said he understands the need for different kinds of development in some areas. But he is adamant that it can’t come at the expense of others. “There has to be a balance.”